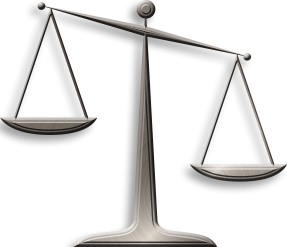 Yesterday I listened to two concerts on YouTube. Now this is a more momentous occasion than the statement reflects. I don’t often get time to listen non-stop to music so this was special. As usual my life feels like a runaway train with me hanging by my fingernails! But I’ll leave my life be for the moment. As I said, I was listening to concerts of two young men whose music I enjoy. Both have excellent gurus. Both have glorious voices, a remarkable stage presence and styles which have the mark of their guru on them. Actually, I find myself listening more and more often to young artists nowadays. I enjoy their energy and verve, and if they stumble now and then, they have a lifetime to fix it so I don’t worry about it.

The first concert I heard was by Sandeep Narayan. Since hearing him do a fantastic Bhairavi during the season in 2016, I have been clicking on his concerts online. This was a nice concert; I particularly liked the order and mix of kritis chosen which is a skill in itself. His dwijavanti was pleasing, his take on chalanatta was interesting and the hamsanandi thillana at the end and karpagame to conclude were both quite lovely. The main item on the menu was a solidly performed pakkala nilabadi in Kharaharapriya.

Next I turned to Vignesh Ishwar. I haven’t had the pleasure of listening to him live but I have really enjoyed a number of his concerts online. I was happily nodding to his singing when the young man launched into Kharaharapriya and I thought ‘Hey, I can do a one-to-one comparison now, can’t I!’. Alapana done, the kriti taken up was ‘Rama Ni Samanamevaru‘ which made me laugh. Here I was all set to do a comparison and there was Tyagaraja with ‘There is none to compare with you Rama!’. I was happy to find a theme for my blog post – our tendency to make comparisons. The rest of the concert was good. The main piece was in Begada, not my favourite raga, but I still enjoyed it.

The kriti set me thinking about how very judgemental we human beings are. We are forever judging others on the things they say and do, on their achievements and failures, on their character and abilities and so on. It is rather non-stop, isn’t it! Or is it only I? I talk confidently on a collective when all I am sure of is myself! I love my children equally, or so I hope, but I confess to comparing them especially when one of them makes me sad. ‘He is so oblivious to my needs‘ I’ll say to myself , ‘She would never have left me like this‘.  Or ‘She is so sharp, are girls always this unkind? He is so much kinder‘.   Of course, we also compare people to themselves. ‘He was so much better in his previous film‘.  ‘Oh, she looked nicer in red than in green, didn’t she!‘. It is not always unkind or negative.  We may as easily say ‘Amma, this is the best rasam you have ever made!‘ Still, the comparisons are more often negative than positive. Is it just our need to categorise and put things in order? As a Carnatic Music fan, I am often critical of performances. Even while I am listening to one musician, I may well be racking my brain thinking of some other artist, some other occasion when I felt a turn of a phrase may have sounded better! What a waste of time! Instead of being in the moment and enjoying the pleasure of what falls into my ears, my mind is scrambling elsewhere! Is it a common failing or is it just me? Whatever the case, it is high time to stop it I think…

As Vignesh Ishwar inspired this post, let us first listen to him singing Rama Nee Samanamevaru in Kharaharapriya. Alapana starts at 16:12 and the kriti at 28:15. Dr Hemalatha on the violin sounds very good.

And for a second rendition, who other than T.M.Krishna, who is Vignesh Ishwar’s guru. Maybe you will, like me, enjoy noting the stylistic similarities passed from guru to shishya.

And for an instrumental, I present the very talented vainikas from my own home town of Melbourne, the Iyer Brothers. The recording is a bit tinny but it is still enjoyable. They are accompanied by their daughters. The sound of four Veenas synchronised has such a majestic quality!

Composer : Tyagaraja
Raga : Kharaharapriya
Language : Telugu
(Note: I do not speak Telugu; the details below are based on a number of online resources)

Who (evaru) is equal (samAnamu) to you (nI), O Rama, the uplifter (uddhAraka) of the Raghu dynasty (vamsha)?

Like a parrot (chiluka) in a cage (panjarapu) of devotion (bhaktiyanu) of your wife (bhAma) who is as gentle (implied) as the shoot (molaka) of sweet marjoram (maruvampu). (Note: There seem to be a number of interpretations of this line – is it Sita who is like a parrot in the cage or is it Rama? Who is enslaved by devotion? The devotee or the devoted?)

You (implied) who have (gala) brothers (sOdaralu) who speak (mATalADu) like honey (tEne) drips (oluku) at each word (paluku palukulaku)!  You who youself (implied) are so gently well-spoken (mRudu subhAsha)!  O Hari (name of Vishnu), you are (implied) the ornament (vibhUsha) of Tyagaraja’s family (kula)!! 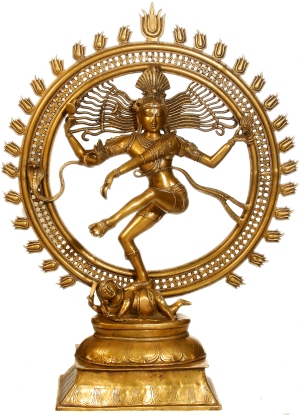 Is God really compassionate? I worry about this, the way I worry about so many unsolvable problems in the world. Is the compassion we ascribe to Him/Her just wishful thinking on our part? If you are a non-believer, this question is moot. But I am a die-hard believer; I hold the kind of belief which is beyond reason, beyond logic. So this question is important to me, especially because I stumble ever so often in my life and am very much in need of both compassion and forgiveness.

The thing is, I think that the qualities ascribed to God are determined by men; there can be no real proof to their veracity. The Hindu pantheon has evolved over the thousands of years from the time of Rig Veda. Some deities have gained importance; others have lost it. Their qualities, their functions, their stories, everything has changed, developed and evolved. Even die-hard believers have to agree that it is men who have ‘designed’ the qualities of Gods. And men, being so very fallible, may have added compassion to the list of Godly qualities because it suits us just fine! As the poet says in my song choice of today ‘பழி எத்தனை நான் செய்தினும் பாலித்திடும் சிவ சிதம்பரம்’ (However many sins/errors I commit, Shiva of Chidambaram protects me). Wishful thinking?

I guess I’ll not have the answer to this question until I am past the stage of needing compassion. Still, I too, like the poet of this song, make a fundamental assumption that God is compassionate.  இரக்கம் வராமல் போனதென்ன காரணம் ? The poet asks, ‘what is the reason that you have no compassion towards me?’ as if His/Her compassion were a right and not a privilege. ‘I have come to you having heard and believed that you are an ocean of compassion‘ he says. I guess we believers are all in the same boat – we have heard, we have believed and we pray for compassion. And so the song feels very real, very true and close to our heart.

This beautiful song is a composition of Gopalakrishna Bharati however I understand that the madhyamakala sahityam is not written by him. Set to Raga Behag, it pulls effortlessly at my heart. My love for Behag is endless; I can listen to this raga any number of times! There are many beautiful renditions of this song. One in particular I would like to recommend is KVN’s very simple and graceful one here (you need free membership of Sangeethapriya).

But today as I was playing catch-up with the Margazhi Maha Utsavam episodes on Youtube, I came upon this very nice version by Vignesh Ishwar. In fact I enjoyed the whole concert. He starts with leisurely chera rAvadE in Ritigowla, then a Begada alapana (09:02), innum parAmukham at 16:20 (very nice neraval!),  vazhi maraittirukkudE in Todi from 26:56 which I liked particularly  (TMK’s influence is clearly audible!) and of course irakkam varAmal from 38:40. I do like Vignesh Ishwar’s rendition;  perhaps I would have preferred a tad less ornamentation. He has a gentle and emotive voice, a very nice range and skills which will see him in good stead over the years to come. I like. A young man to watch.

Note: I listened intently to a number of renditions; most singers say ‘seydiDum’ not ‘seydinum’. However KVN sings it as ‘seydinum’ or even ‘seyyinum’.  As this makes more grammatical sense, I am sticking with this!

pallavi
What is the reason (enna kAraNam) that you don’t feel (varamal ponadu) compassion (irakkam) towards me?

anupallavi
Having heard (kAdir kETTu) that you are an ocean (kaDal) of compassion (karuNai), I have come (vandEn) trusting (nambi) you (unnai).

charaNam
It is your (umadu) fame (kIrtti) that you saved (Adaritta, literally supported) the lives (uyirai) of the celestials (anDar) by drinking (arundi) poison (Alam). (Note: This refers to the story of the churning of the oceans). You are the embodiment (mUrti) of Nataraja that Balakrishnan (signature of the poet) worships (paNindiDum) by singing (pADi) everyday (dinamum).