A movie so successful, so famous that its known only by its acronym, Dilwale Dulhaniya Le Jayenge is iconic in the minds of Hindi film viewers. I was reminded of this film when I was browsing through my music collection looking for my children’s favourite albums before going on a recent road trip. Oddly, even though I remember enjoying the film, I almost never play its music.  So didn’t I like it in truth? Curious, I decided to re-watch the film.

After seeing it I am still trying to pinpoint the reason for this movie’s phenomenal success. A variation of a formulaic story, it has a good cast, good looking leads, decent music, great locales, some comedy, some romance, some drama, some patriotism, some dancing, some villainy and a handful of magic stardust which make this a truly watchable film.

The music by Jatin-Lalit duo is catchy but I wouldn’t classify it as extraordinary. Anand Bakshi’s lyrics are very apt but are they poetry? I’m not sure. What I like is how perfectly placed the songs are in the film, a song for every step as the story unfolds!

You can listen to the whole album here.

Today I present Mehndi Laga Ke Rakhna, my favourite from this album.

A Song for Aamir’s Charm 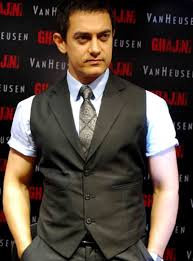 Aamir Khan is a great actor. There aren’t many who would argue with that statement. Somehow he has mastered that difficult tight-rope walk between critical acclaim and popularity with the masses. How do I find one single song to represent his myriad talents?

It strikes me that Aamir’s persona on screen is David as in David vs Goliath. He plays on his small frame and youthful attitude to give him an added edge in this representation. Repeatedly, he takes on Goliath, whether it be political corruption (Rang de Basanti), prejudice against learning disabilities (Tare Zameen Par), the British Raj (Mangal Pandey) and the education system (3 Idiots). He is the common man who challenges what would defeat the rest of us, and he takes it on not with superhuman behaviour or violence (except in Ghajini) but with persistence, patience and a smile. Which song/film best represents this quality?

This is no easy task. There are so many successful movies with such wonderful music to choose from!  I discard old hits from Qayamat se Qayamat Tak (1988) and Dil (1990) as being too youthful. I consider ‘Jane Kyon Log’ from Dil Chahta Hai (2001) and the lovely Ruth Aa Gayee Re from Earth (1999) but they don’t make the short list. I discard Rang De Basanti (2006) songs as being too westernized..isn’t Aamir’s charm very Indian in every way? I love ‘ Behka’  from Ghajini (2008) but the clip is too ‘MTV’ like; too orchestrated.

The one song which I seriously linger over is ‘Chand Sifarish’ from Fanaa (2006) but my final choice as the one song to represent Aamir is from  Lagaan. The film represents all that is good about Aamir Khan – a boyish charm which has lasted well into his middle-years, great acting ability and a natural flair for dancing. And success. One should not forget success. How it becomes a man!

I chose this song because the visuals are as lovely as the song and both Aamir Khan and Gracy Singh dance beautifully.

Another song from the same film which shares equal honours with the above is ‘ O Re Gori’ sung brilliantly by Udit Narayan and Alka Yagnik. I am particularly impressed by Udit Narayan’s performance in all the songs, he sounds amazing!