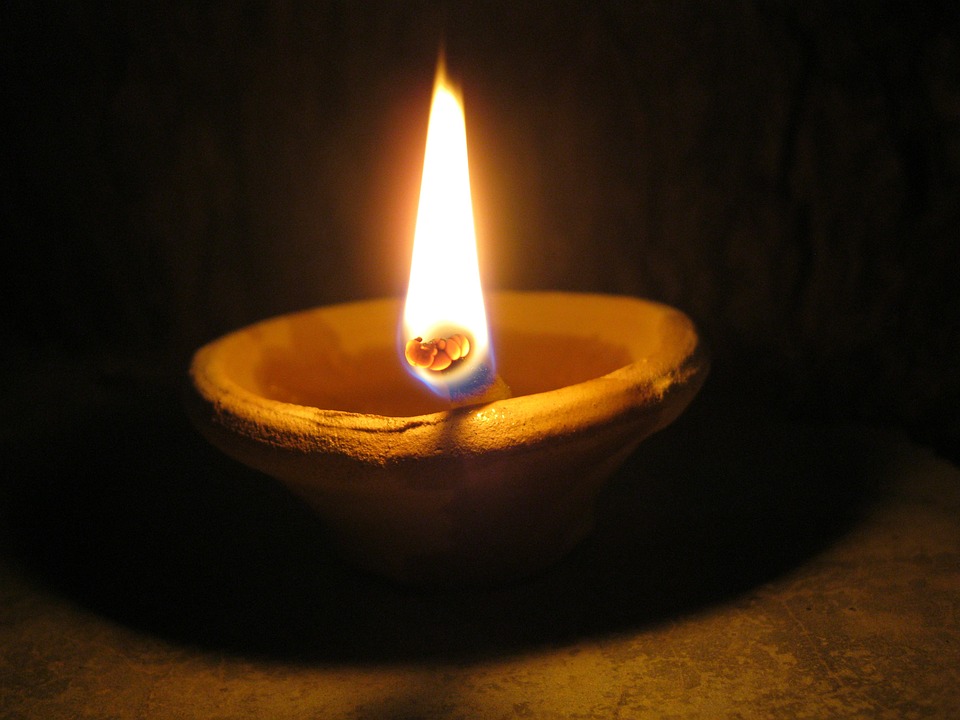 Happy Deepavali everybody! May your lives light up with joy! May the light in your eyes never fade!

And that is my tale for you today – about the light in my own eyes. The story has morals and teachings, as do all tales if we just bother to look.  I’ve shared my own insights not for moralising, but for you to think about your own stories and derive your own morals from them.

I’ve been very short sighted as long as I can remember. It was quite by accident that my grandmother discovered by inability to see when she pointed out a passing bus number to me. I was about 8 then. ‘Do buses have numbers?’ I had asked in surprise. The optician she took me to was shocked as to how I survived with no glasses! I was so amazed when I looked around the world that first time with glasses. ‘Is this what you all see?’ I asked my grandmother in great surprise. How could I have known? If you have poor eyesight since birth, that is your only reality.

Moral : Our reality is defined by ourselves, within our parameters. It is not THE reality. Unless we test our parameters, we will not be able to keep bettering the definition of our own reality.

What a difference the glasses made! Until then I was a dud in school, performing near the bottom 30% of the class. I was also shy and didn’t have much to say. I can’t remember now, but I think I could never see the chalk board clearly so I used to be quite lost most of the time. After the specs I shot up to being in the top 10% of the class. This gave confidence and I got the attention of teachers. That gave further motivation until anything other than topping the class became unacceptable to me. This led to other openings and by the time I finished, I was in dramatics, debating and the like. Soon the approbation of others stopped mattering. The pleasure of doing anything well was motivation enough.

Moral : Both failure and success have root causes which may not be obvious so look at everyone with a kindly eye and lend a helping hand if you can. Sometimes a push in one direction can have a waterfall effect, so perhaps your support and encouragement will allow people to reach their potential.

I am not much for sports, so I don’t think my eyesight caused me to lose out much in life. In my teenage years, I used to be called four-eyes or such silly names by the class bully boys, but hey, I was the class topper and they always came to me for my notes, so my ego didn’t bruise much.

Moral : Careful about denigrating people – you may need their help one day and then where will you be?

I switched to contact lenses in my late teens and wore them for many years until one day I just decided I had had enough of it. For the last 20 years I have worn only glasses.  I have been going regularly to an ophthalmologist for about 15 years as my eyes are in the high-risk category for a number of problems. So I have been well-aware of the onset of the cataracts. It happened gradually but one day I found that I had had just enough of the dazzling lights while driving at night. Last week the lens in one eye was removed and replaced with an IOL – Intraocular Cataract Lens. That very day I was seeing quite well and now that it has settled down, I have 20/20 vision in the eye! Perhaps I am imagining it, but it seems I am seeing far more sharply than I have ever seen with any glasses or contact lenses! The world from this eye has a blueish tinge; the other eye has a yellowish cast; I was surprised and looked it up. It seems ageing eyes develop the yellowishness which I didn’t even know about! It’s all rather magical.

Moral : Sometimes solutions to problems exceed expectations and you wonder why you ever worried!

However I am quite struggling with near vision. How wonderful is our God given lens that it can focus from near to far with little trouble! My corrected eye which has now a perfect vision for the distance is no good for reading or the computer, or even the phone. I am finding it all quite difficult.

Moral : There is often a sting to the tail/tale; watch out for it!

My myopic eye will be fixed within a month. I am wearing disposable contact lenses in the eye for the moment. My doctor is suggesting something called Monovision. She will under-correct the vision in the second eye so it will be better for intermediate and near vision. My doc tells me that the brain will adjust to relying on one eye for distant vision and the other one for the near. I am testing it now as my contact lens is under corrected. It’s not perfect but it works to a degree. The world feels a bit weird though, as if I am sleep walking. Will it fix itself in time? Should I correct for distance vision in both eyes and just get reading glasses? What happens when I am sketching and need to look at both the distance and my drawing sheet intermittently? Or while taking notes at a seminar? Do I get those narrow glasses which perch at the end of one’s nose?

Moral : Dilemmas abound in life. There are positives and negatives to everything. Think things through thoroughly, make a decision and then make sure you don’t complain about the negatives.

So thats my tale. And as to my song, I had no choice but to choose ‘Mere Nazar Mein Moti Aayo‘ which translates to ‘I have cataract in my eyes‘! Sung by Shobha Gurtu, It is from a CD called Hari Rang Rati (1992). I featured another song from it in a post many years ago. On searching now, I see a CD called Main Bagiyan Mein with the same songs. The poetry is by Kabir whose words I admire so very much. Of course he is referring to the clouding of the mind’s eyes, not the physical one. For that the operation is far more complex and beyond my reach. Shobha Gurtu sings with heart and soul, I hope you enjoy this song on this Deepavali Day.

Note to all my readers : I do not have the knowledge to translate Kabir as he is a mystic poet and there is meaning within meaning, none of which is clear to me. But then not only are my eyes clouded, but so is my mind! I leave it to you good people to get what you can from this.

What use is there in having clear vision when the mind is clouded? Kabir refers to the clouding of his the mind’s eye, not the physical one. In those times when operations were not available to the common man in India, a man with a clouded eye needed someone to show the way. Who did Kabir find, the ones he calls as good support? When the eyes are clouded, we need support from a marg-darshak, the one who shows the way. Kabir may be referring to a Guru or to God.

I (implied) made (banAyO) a temple (dEvaD) of four (chAr) tanks/ponds (kUND) and (implied) filled (bharAyO) a pot (kalash) from it (us par).

A temple is an oft made analogy for our body but it is not clear to me what the four temple tanks represent. Kabir fills his water jug, or his soul, with the contents of these ponds, which I assume to be reservoirs of spiritual knowledge. I am defeated by linguistic knowledge and can see no further. Thanks to reader Padma who told me dEvaD is a Rajasthani term for a temple.

People (implied) from many places (dEsh dEsh kE) came (AyE) to see (darshan); he crept into the hearts (man bhAyO) of the good people (santan).

Who did people come to see from far away places? It must be Kabir himself. Did he charm the good people who came to see him? Or did he influence people into letting God enter their hearts? Did they come to sip from this kalash he filled with spiritual knowledge?

The empty bed is possibly life itself, lonely and meaningless without the presence of God. But the good Lord spreads all three worlds on this for Kabir.

Crossing the ocean of life is an oft repeated simile in India. Kabir says God himself will sail the boat which will help you cross it.

All Hindus are no doubt familiar with the tradition of waking God in the morning with prayers and music.  Much as we believe that God is omnipotent, omniscient and omnipresent, we still enjoy the play of wishing Him a good night, and waking him with a ‘Good Morning’ each day.  Surely, M.S.Subbulakshmi’s Suprabhatam is one of the most recognized prayer songs in India? This is addressed to Vishnu, but there are waking rituals for other Gods and Godesses, be it a Sanskrit Shloka or a simple prayer song.

Today I have selected a Bhajan written by Meera Bai (1498-1547), arguably the most well-known Saint in India.  The version I like best is rendered by  Shobha Gurtu, in her CD Hari Rang Raati, an album  of devotionals that I have had and listened to with great pleasure for the last 20 years.

I do so love songs which paint a picture! Jago Bansi Vare is a particularly evocative piece of poetry.  Even those not familiar with village life in those times can well imagine how the village slowly wakes up in the morning. ‘Wake up’, Meera urges Krishna ‘the night has passed, and dawn has arrived. The shutters are opening in every home. You can hear the bangles of the cowherdesses as they churn the yoghurt. Do wake up, both Gods and men are their doors. The young cowherds are joyfully cheering as they gather with bread and butter in their hands. Do wake up!’.

It seems to me that it is Krishna’s mum who is singing this song for did I not wake my son just like this each morning, hurrying him to catch the school bus? The world has changed, yet the world remains the same. The jingle of cowherdesses churning butter have been replaced with the ping of the microwave and the whirr of the juicers, instead of shutters we draw open the curtains, the muted sound of cars starting have replaced the sounds of men readying for work, and the boys still shout cheerfully, waiting for the school buses, with school bags and lunch boxes, instead of cowherds collecting their cattle, holding their bread and butter for lunch. Meera’s song to wake Krishna is the song of mothers everywhere. For those wondering why this is a prayer song – there is not a single prayer-like request – I think it is symbolic; Meera is urging Krishna to wake to her plight.

For lyrics and translation, see footnote. Now listen to Shobha Gurtu who emotes so beautifully with her voice alone.