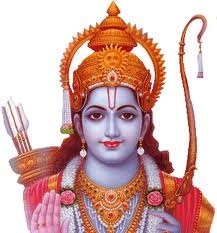 When a reader requested me to write on this song last week, it was easy for me to acquiesce. I have listened to and enjoyed Pibare Ramarasam for many years after all. I always prepare myself for writing a post by listening to multiple renditions of a song, both vocal and instrumental; I want the song to permeate my being, I want to absorb the words, the meaning, the sounds, the emotions and the moods invoked by a piece of music before being able to write of it. I also listened to a lot of Raga Ahir Bhairav in Hindustani Music and what a pleasure that was! To know more about this raga, click here.

Coming back to Pibare Ramarasam, I kept getting distracted by the mispronunciations of Sanskrit by almost all the vocalists. पिबरे (pibarE) pronounced as पिभरे (pibharE) is bad enough, but as बिबरे (bibarE)? I shudder!! Even the maestro who can normally be depended on to pronounce Sanskrit correctly slipped up; I distinctly heard पीठम्  (pITam) instead of  पीतम्  (pItam) which changes the meaning totally. As this hobby horse of mine threatened to take over this post, I have put my rants in a separate page, the better to refer to it in future posts when my annoyance at mispronunciations takes over everything else! To read my rants, click here; I need an audience for my rants and raves too!! In the meanwhile, I beg vocalists and students to please please learn Sanskrit compositions in Devanagari script and learn to pronounce the words properly. Please.

This song used to be sung in Yamuna Kalyani but the great Maestro Balamuralikrishna has made his Ahir Bhairav version very popular. I have a great affection for this latter raga; the notes themselves seem to imbue the song with a deep mystical sense. There is no question about it, the Maestro’s version is the best, especially if you listen to the ones sung when his voice was at its peak. If you haven’t heard him, here is a link. But wanting to present an alternate version, I have selected a very pleasant and peaceful rendition by Unnikrishnan. Click here to listen.

For an instrumental version, there is this perfect little rendition by flute Maestro Shashank. Ahir Bhairav and the flute seem to have been made for each other!

Language: Sanskrit
Note: Its common to sing only lines 1,3 and 5 but I have heard a complete version too.

Drink (verb piban) (implied: absorb) the essence (rasam) of the name of Rama, o tongue (rasana).
It will help you (implied) remove or be distant (doori krta) from association with sin(pAtaka) (or be distant from those who cause you to sin) and you will be fulfilled (poorita) with many kinds (nAnAvidha) and types (varga) of rewards/gains (phala).
It will help you be far removed (vidUram) from the grief (shOka) of the cycle of birth and death (janana–maraNa), it is the essence (sAram) of all (sakala) the religious treatises (shAstra), the Vedas (nigama) and sciences (Agama).
It protects (paripAlita) all creation. Brahma was born of a lotus (sarasija) from a golden egg (garbha anda, womb & egg) and then he created the whole universe. So this phrase implies that Rama nama protects the whole universe.  It will purify (pavitrI) even the most (parama) impious or heretic (pAshANDam).
It is the pure (shuddha) song (gItam) that paramahamsa (signature of poet) has taken refuge in (Ashrama/Ashrita), it is the same which has been drunk (pItam) by sages like Shuka, Shaunaka and Kaushika. 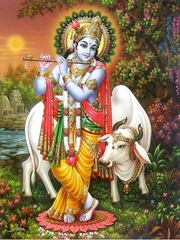 Returning home after ten days of travel, it is with great pleasure that I cook myself a satvik meal of rice, dal and simply cooked vegetables that my body craves while listening to satvik Carnatic music which my soul craves. In my tired state, it is the gentlest sound of this familiar song in lilting Yamuna Kalyani raga that brings me the restfullness that I need.

‘Come soon and show me your face!’ says Vyasatirtha (1460-1539) to Lord Krishna. He was a great philosopher and saint and was one of the most influential of Dvaita philosophers of Southern India.  Vyasatirtha was the guru of Purandaradasa (1484-1564), the father of Carnatic Music. In this lovely song, he says ‘With anklets on your feet and blue-sapphire bracelets, come dancing to me O blue-skinned one! With a waistband with bells around your waist, with rings on your fingers and your Vyjayanti garland around your neck, come soon! Dressed in saffron silk from Kashi, flute in hand, and body anointed with  sandalwood, come soon!’.

Who is not familiar with this well-loved image of Krishna? In this song, the poet brings to life our beloved Krishna with such exquisite simplicity that as I listen to the music, Krishna’s presence surrounds and permeates my world. To know more about the raga Yamuna Kalyani, click here.

Listen below to Aruna Sairam’s beautiful rendition of this song. She starts with a sloka from Krishna Karnamritam कृष्ण कर्णामृतं by Bilvamangala Swami (14th century).

He who has His luxuriant tresses adorned with peacock feathers, with flashing eyes, with a delicate smile in his charming red lips, with very generous appearance – my eyes search for that Krishna with the youthfully attractive look.

For the lyrics and translation of the song, click here.

For an excellent instrumental version, I have of course chosen the flute. It is played by the superbly talented Maestro Shashank who enchanted me with this beautiful rendition.

I am reminded of the band Colonial Cousin and their fusion piece based on Krishna Nee Begane by a reader. Though in general I am not a fan of fusion, this is particularly well done and well worth a listen. I liked the video as well.

‘Knowing my sorry plight, can’t you save me?’ begs Tyagaraja. The words of desperate but oh so beautifully set to music! The angst moves the composer who moves the air such that they shower emotions through our eardrums vibrating just so…

I wonder, did Krishna remain unmoved to Tyagaraja’s pleas? Then He is indeed made of stone, like the idols we worship….…but no, I am wrong. Even stone would melt, so beautiful is the composition.

My memories of this song is from early childhood.  My parents would take me to Carnatic Music concerts in R.R.Sabha in Kolkata where, after sitting for 15 minutes, I would beg to be allowed to play on the porch of the concert hall where all the other young ones would join me soon. One could still hear the music as there were loudspeakers outside. When I was tired I would come back to sit in my mother’s lap or sleep on my father’s shoulders. Its in that sleepy state that this divine music entered my soul where it still rules. My mother’s favourite vocalist was the incomparable Maestro Balamuralikrishna and of the songs he sang, Nagumomu was one of her favourites. So magical was his voice that even a child interested in play stopped to listen. Today when I listen to him singing Nagumomu, I feel the pleasure of my mother’s arms around me.

Click here for lyrics and translation and here for the notation. To know more about this raga, click here.

Whom else can I present but Balamuralikrishna ? He is famous for his expressive rendition of this song. This version is from the album Paddhati by Charsur Digital Workstation. The music was recorded in Bangalore in 1968. This then is the voice I remember.

For an instrumental version, listen to the extremely talented flute Maestro Shashank.