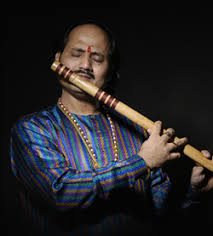 The one name which any fan of Carnatic Music will think of if the Sax is mentioned is that of Kadri Gopalnath. I can’t quite remember when I first heard his music. But this I remember : I was immediately captivated. I had of course listened before to the Nadaswaram and the Shehnai, wind instruments which are used for auspicious music (e.g. for weddings) in the South and North respectively. The sound of Carnatic music on the sax sounded equally auspicious to me. In fact, Gopalnath’s initial training had been on the Nadaswaram, so this is not surprising.

I have always loved the Indian Bamboo flute, whether it be the Bansuri as played in the North or the slightly different Venu (Pullanguzhal) as played in the South of India. I have listened spellbound to Hariprasad Chaurasia’s music since childhood and from the South, stalwarts like T.R.Mahalingam and  N.Ramani. Sashank’s music has been a staple for me ever since he emerged into the Carnatic Music world. I believe that the lyricism of Indian Classical Music finds an appropriate voice on the flute.

All this to introduce one of my favourite albums !

I came upon this lovely CD about 20 years back in which Kadri Gopalnath & Ronu Mazumdar present an incomparable Jugalbandi.  And what a lovely marriage it is, the gutsy sound of the Sax with the seductive cooing of the Bansuri! The album has given me much pleasure over the years and now my son is equally fond of it. 20 dollars for 20 years of pleasure….it’s a good bargain indeed! You can listen to the album Together on Music India Online.

For those who prefer visuals, here is a playlist of some good music by this duo on Youtube.