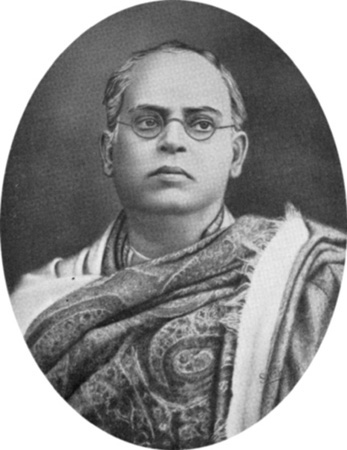 I have always been proud of coming from a multi-lingual, multi-ethnic, multi-cultural and multi-religious country. In today’s migratory world, many countries can claim the same. But immigrants remain foreigners at least for a generation or two; sometimes for more. In India, we are all different but we are none of us foreigners! As strange as it may be to reach some corner of India where the language is indecipherable, the culture alien and the food unrecognisable, we still look at the people and accept the oneness of being Indian.

So it gives me great pleasure when famous musicians bravely launch into songs from elsewhere in India with passion and enjoyment. I was recently listening to the live telecast of T.M.Krishna’s concert at Spic Macay convention. I am a fan of TMK; I almost always enjoy his music. The last song he sang was the Bengali song Dhano Dhanno Pushpo Bhora. It was a fan request; evidently people have heard him sing this before. I listened with interest as I know this song well. His musicality was beautiful and his rendition full of emotion. But I have to say this much as I hate to do so – the pronunciation just didn’t work. I understand; it is so difficult for us Indians to learn and appreciate each other’s languages, isn’t it! It is all so different, especially Tamil and Bengali. I know; I am fluent in both. Still, I am very happy that he chose to present this lovely piece of nationalistic poetry by Dwijendralal Ray (1863-1913).  Perhaps a new set of audience will come to appreciate these beautiful words. This song has been sung in the past by M.S.Subbulakshmi as well. Given that my audience is almost 99% non-Bengali, I am writing this post to bring this song to the attention of all you readers.

Before I transcribe it, I would like to bring some important points about pronunciation in Bengali. My readers would be well used to the modified version of the Harvard Kyoto transliteration scheme which I use in this blog. I have described it in this page. To be able to transliterate Bengali, I have the need for two more vowel symbols. ɒ is like o as in Hot. This is the ‘default’ vowel sound in Bengali; it often replaces अ in Sanskrit. अ can also be replaced by o like in old. The other vowel sound which occurs frequently is ɛ like ai in air.  Other than that, Sanskrit words when used in Bengali have the following replacements of consonants (I list the ones in the song, this is not a universal list).

I’ve selected a beautifully sung rendition from the West Bengal Sangeet Academy for you to listen to while you follow along with the words below. The lyrics are in Bengali with English transliteration. My thanks to my husband who proof read and corrected the Bengali script for me. I hope you enjoy it!

In this (Ey) earth (boshundhɒrA) which is ours (AmAdEr), filled with (bhɒrA ) with riches (dhɒno), grain (dhanno) and flowers (pushpo), in the midst (mAjhE) of which (tAhAr) is (ACHE) a (ɛk) country (dEsh) which is the best (shErA) amongst all (shɒkol) countries (dEshEr). That which is (O shE) created (tOyrI ) with dreams (shɒpno) , that (shE) country (dEsh) is surrounded (ghɛrA) by memories (shmriti ). You (tumi) will never (nAkO) find (khu.njE pAbE) a country (dEshti) such as this (ɛmon) anywhere (kOthA’O)! That which is (O shE) the queen (rAnI) of all countries (shɒkol dEshEr), that is (shE jE) my (AmAr) birthplace (jɒnmo bhUmi).